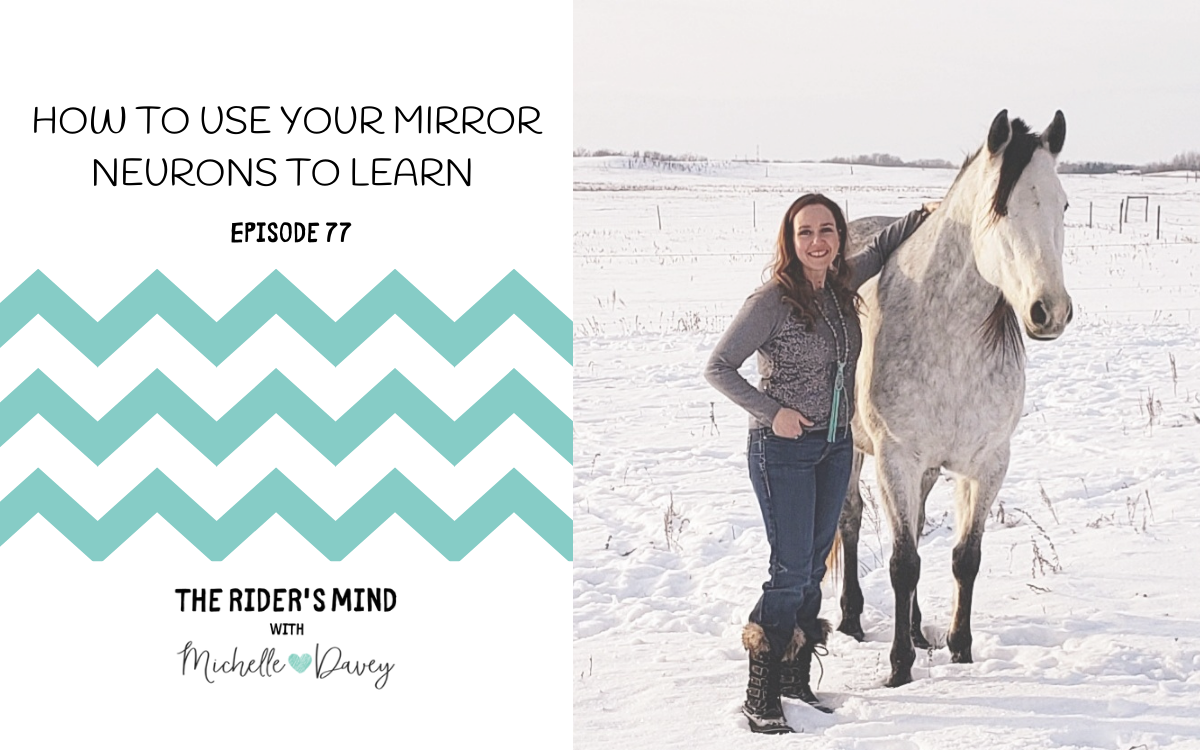 The Rider’s Mind Podcast Episode 77: How to Use Your Mirror Neurons to Learn

If you’ve had anything to do with 4H, you’ve probably heard the saying “learn to do by doing.” Today, I’m sharing about learning by watching. You have special neurons called mirror neurons that allow you to learn by observing. Listen and learn how to use these neurons to your advantage!

We are wired to learn from others and pick up social cues from others.

You are constantly picking up subconscious information from the people you spend time with. You can use this built in programming to learn something new or adapt what you’re already doing at a conscious level.

One of the classic peak-performance books is called The Inner Game of Tennis. The book explains how we can learn through observation. It was first published in 1974 and it’s still relevant today. The author, W. Timothy Gallwey, explains how he’s had more success teaching tennis by showing people rather than giving them instructions. It’s about tennis, but it can be interpreted for any sport.

In hindsight, I can see when I’ve learned through observation at a subconscious level. For example, I’ve picked up mannerisms like putting my hands on my hips from watching my mom. When I went to Arizona for the winters and was riding there, I would start doing things that I observed other riders do.

In the early 90s mirror neurons were first discovered.

Mirror neurons are brain cells that code action. The mirror neurons prepare the motor neurons to perform a task. They are also responsible for the “chameleon effect” when a person subconsciously picks up the traits, gestures and facial expressions of the people they are around. (All the more reason to be careful who you hang around with!)

Behaviour matching is also taught in sales. When I worked in chemical sales, we were taught to observe our customers and their reactions. If someone is more quiet and reserved, you tone down your sales pitch. Being able to adjust to people naturally makes for smoother interactions with others. People who are more empathic are likely going to be better at naturally adapting based on others’ response to them.

During a research project in the 1990s, scientists were working with monkeys and noticed mirror neurons firing in their brain when the scientist picked up something to eat. Monkeys’ neurons also fired when watching another monkey shell peanuts. Mirror neurons fire when the perceived action takes place.

Have you ever watched someone pole bending and found your body weaving along with them? Or maybe you’ve felt like you’re riding “with” someone when you’re watching them? Or winced when someone looks like they’re going to cream a barrel? That’s your mirror neurons firing.

Mirror neurons allow us to learn through imitation.

Mirror neurons enable people to reflect body language, facial expressions, and emotions. It’s one of the ways you learn. You’ve been learning by observing since you were a baby.

In the book Horse Brain, Human Brain, Dr. Jones writes about a dolphin who learned tricks in captivity that weren’t natural, such as tail walking. When the dolphin was released, it wasn’t long before she had her friends walking on their tails. This shows how animals can also learn by observation.

Horses can learn by observation.

Have you ever wanted your horse to cross a bridge or go through a mud puddle and they refuse until they’ve watched another horse do it? They are learning through observation. Another example would be that foals who have seen their dams trimmed stress-free are easier to trim.

Some believe horses have substantially more mirror neurons than we do, which makes them masters at mirroring. Horses recognize how humans feel and reflect it back.

You can see how a human would want to be able to regulate their empathy because it wouldn’t be healthy to be feeling what everyone was feeling all the time. For example, if you’re crying on my shoulder, crying back to you isn’t likely what you need. I need to process and regulate and come back with a different energy. I think our horses probably have to learn this too and stop mirroring us sometimes.

You now know that you have mirror neurons. You know you can learn by watching others. Your body doesn’t really know the difference between real or watched.

How can you use your stealthy powers of observation?

Watch and observe others. Take in all the details you can. See and feel their perspective.

Be careful who you are emulating and watching. You can subconsciously take in information without trying.

Use what you’ve learned to boost your confidence. Know that you really can watch and learn.

Watch live if you can. Studies have shown it’s more impactful to watch live than to watch a recording.

Observe, then practice. Combine your “mirroring” lessons with actually doing the task for the double punch.

Notice how you might be mirroring others (in good and bad ways). Be mindful of what you’re mirroring and when.

Keep working on your own self-awareness. This will help you to use observation as a learning method and also help you to notice when you’re mirroring someone that you’d prefer not to.

You can also get on the waitlist for Stride, my next-level barrel racing group, which will be open for enrollment soon! This group receives video training and coaching from me and Stride members have access to special guests.  We work on becoming mindful barrel racers so we can show up, be present and perform with great partnership. 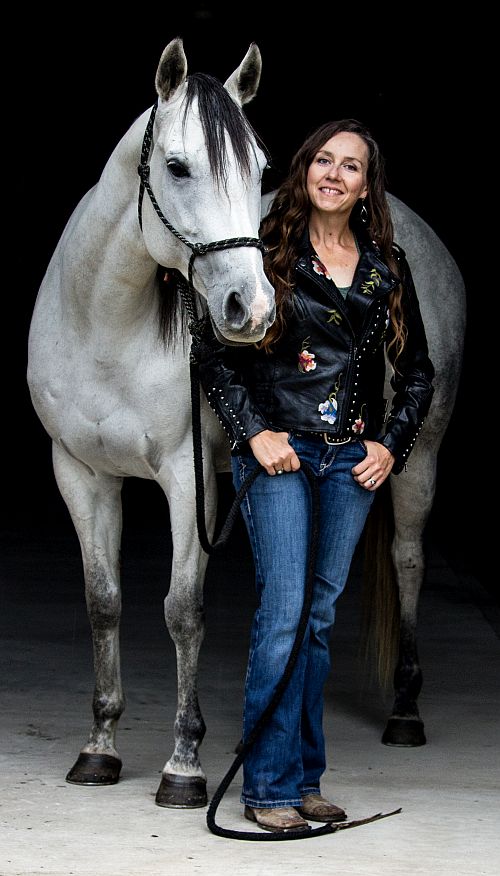 Hi, I’m Michelle.
I offer a variety of services and coaching to help you or your horse reach ultimate health and performance.   Several intuitive and energetic tools are used to undercover root causes and activate healing.