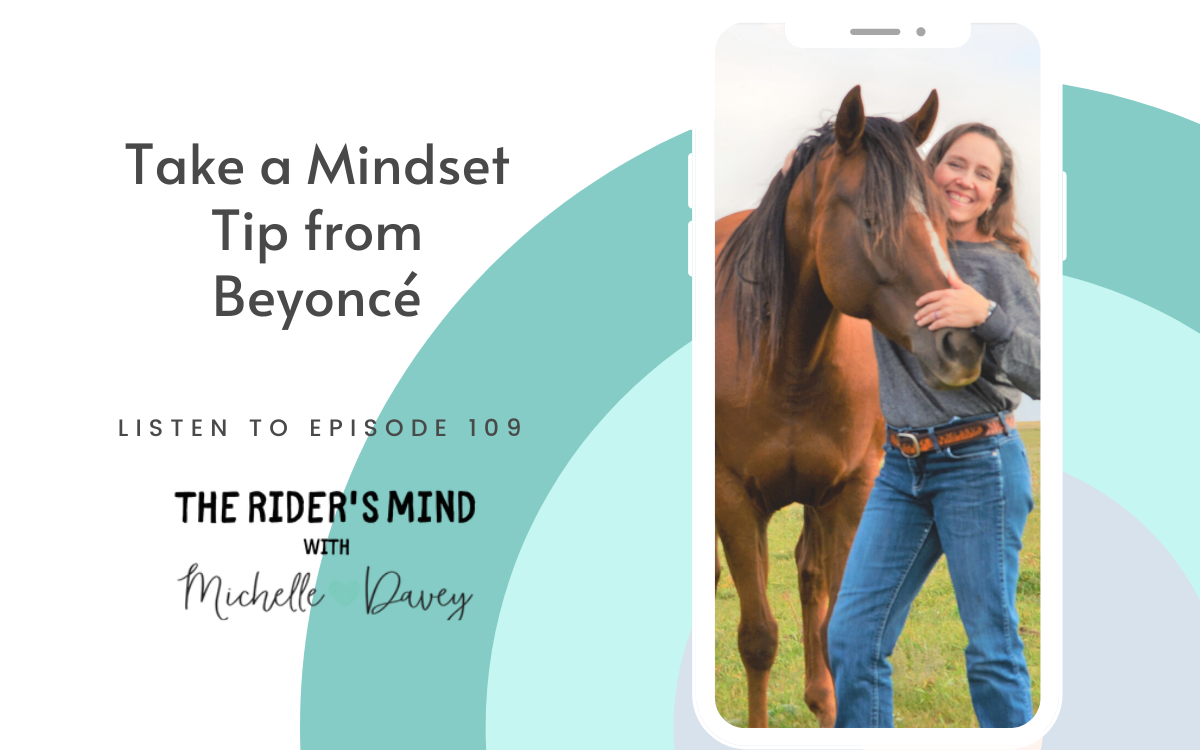 I have a quick tip for you courtesy of Beyoncé. I think you’ll be able to take this to the bank as you step into your cowboy boots and head to the arena.

We were talking about stepping into the energy of who you need to be to ride right for your horse and show up as a competitor. The energy of your comfort zone is not the same energy as you take into competition. As we were discussing this, someone said “kind of like Sasha Fierce” (Beyoncé’s alter ego).

Having an alter ego is a strategy you can use to step into the energy you need for competition.

An alter ego is an alternative self, which is believed to be distinct from a person’s normal or true original personality.

In an interview with Oprah, Beyoncé was asked: When you’re getting ready to perform, when does Sasha Fierce show up? Beyoncé said usually Sasha shows up when she puts on her stilettos and she can start to hear the crowd.  It’s that moment right before you’re nervous and that other thing takes over for you. Beyoncé talks about how her Sasha Fierce ego is like a performance.  Beyoncé says she is actually shy, quiet, and ladylike.

I think the same goes for competition. If you are not naturally aggressive or fierce or confident, you can step into that energy by creating an alter-ego who can support and lead your horse to success. Or maybe you are already fierce and you need to step into a calmer energy.

Articles years after that Oprah interview report that Beyoncé killed off Sasha Fierce and she didn’t need her anymore.

I think that’s normal in sports too.  You grow into the person who shows up and competes. It becomes more natural to step into the energy of a competitor. You become the champion and it’s not such a stretch between the two energies. You’re just stepping into an aspect of yourself and highlighting it instead of having to create it.

Your time in the competition arena is a performance so consider the energy that would best serve you and know you can step into it.

Watch for announcements on an upcoming live class. The Rise Of The Mindful Barrel Racer is back and there will be a couple dates to choose from. Stride will also open back up again for one final time this year.